Cruise the Danube this Christmas

As Europe’s second longest river, the Danube flows through ten countries, including Germany, Austria, Slovakia and Hungary, which is more than any other river in the world. River cruising through Europe will allow you to sail through idyllic countryside and explore age-old cultural delights, while enjoying all the hospitality, amenities and luxury accommodation a cruise can offer. And the best part? You only have to unpack once!

Bear in mind though that cruises to Europe at Christmas do tend to book out quickly. So take inspiration from our Danube River cruising highlights below, contact our expert Travel Advisors, and you’ll be off on your carefully curated cruising holiday before you know it!

No river cruise at Christmas would be complete without a visit to Vienna, which lies to Austria’s east on the Danube River. Culture-seekers should head to the Sigmund Freud Museum and then the ornate Hofburg Palace, which features world-famous artworks and a Spanish Riding School where the iconic Lipizzaner horses show off their amazing dressage skills. To really get into the yuletide spirit, head to the Christmas Village on Maria-Theresien-Platz for original gift ideas, and the European Christmas markets on Rathausplatz for stalls filled with handicrafts, confectionery and tree decorations.

West of Vienna lies Melk, known for it’s 11th century abbey, a vast monastery featuring Marble Hall with its rare manuscripts and exquisite ceiling paintings, and the Abbey Church which is considered the finest baroque church north of the Alps (the artistically carved altar is breathtaking). For lasting memories of your Christmas in Vienna, head for the right bank of the Danube and Schloss Schönbühel, which stands on a craggy outcrop high above the river. Originally built in the 12th century, this castle features a beautiful relief of The Last Supper and a convent built in 1674.

Situated on the Austrian border, Germany’s Passau lies at the meeting of the Danbue, Ilz and Inn Rivers. Created in the 17th century by Italian baroque masters, here you can visit the archaeological site at the Roman Museum, and attend a concert at St Stephens cathedral which features the largest Catholic Church organ in the world. Snap some memorable photos at the Schaibling Tower or the 13th century hilltop fortress of Veste Oberhaus, then get the heart racing with a climb up 321 steps to reach the hill-top of Pauline Fathers’ Monastery Mariahilf.

As you continue your river cruising along the Danube, plan a stop off at Linz. Midway between Vienna and Salzburg, view the largest church in Austria, the Mariendom, trawl Herrenstrasse for vintage boutiques, or see a play at Europe’s most modern opera building, the State Theatre. Or if exploring nature is more your thing, visit the Botanical Garden of Linz for over 10,000 plant species, or take the tram to the top of the 539-metre high Pöstlingberg Mountain (and half-way up take a detour to the Linz Zoological Garden).

One location on your European river cruise you should definitely visit is Budapest. Here you can book in a walking tour of historic Castle Hill, take in a performance at the world-famous opera house, cross the Chain Bridge between Buda and Pest, or take a soothing dip at one of Budapest’s famous baths.

If visiting one of Hungary’s oldest towns Esztergom on your Danube River cruise, be sure to soak up as much of the area’s history as possible with a tour of the Basilica of Esztergom, the third largest church in Europe. The museum at the Royal Palace is also worth a look, as are the baroque churches and medieval fortresses of Watertown and the stunning 13th century ecclesiastical artworks at the Christian Museum.

If you’re undertaking a Danube River cruise, chances are you’ll stop off at Slovakia’s capital Bratislava, as it edges the river alongside the borders of Hungary and Austria. Surrounded by vineyards and the Little Carpathian Mountains, sites worth a look include the replica crown at St Martin’s Cathedral, the views from the Old Town Hall, the tapestries at Primate’s Palace, and towering Devin Castle, one of the most important archaeological localities in Central Europe.

Ready to cruise this Christmas?

Orbit World Travel will create the ideal Christmas adventure so you can truly experience all that Christmas in Europe has to offer. Call us today on 1800 249 804 or email us now to find out more. 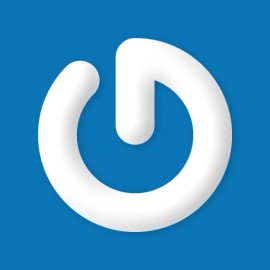 Hi ! I’m Mikiyo Harumiya, a Journalist. I am Japanese. I live in small town somewhere in the world & sometimes i’m writing about life and travel. I love Travel, Piano and Dance Sport. Nice to meet you.